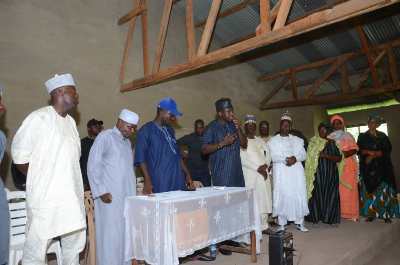 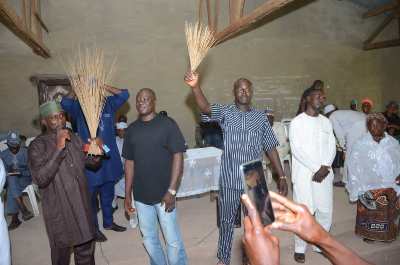 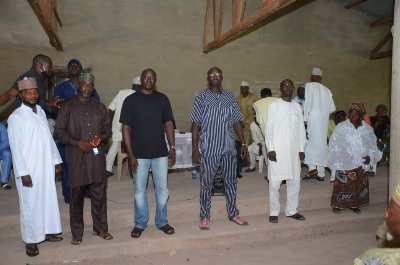 It has been a year of service and sacrifice - Kwara Speaker

...as scores decamps to APC in Baruten

The Speaker, Kwara state House of Assembly, Rt. Hon. Engr. Salihu Yakubu Danladi has said his last one year of representing the people of Ilesha/Gwanara state constituency has been characterized by service and sacrifice to his people, this he said was because he is not oblivious of the absence of basic amenities in Baruten communities before his election..

Speaking at a Baruten stakeholders meeting in Okuta over the weekend, Danladi said as a State legislature, they have no provision for constituency project but himself and his colleagues made it a duty to sacrifice parts of their salaries and allowances for execution of different kinds of projects across the 24 constituencies of the State, according to a statement by his Special Assistant, media, Ibrahim Sheriff.

"Governor AbdulRahman AbdulRazaq's passion for the development of Baruten and Kwara North is obvious with the groundbreaking projects in all our communities, we owe it a point of duty to also sacrifice and complement his efforts, which birthed no fewer than 90 self funded projects by my constituency office", Danladi said.

"It is not about politics, we know where we are coming from and the change we echoed must be made visible. That is our driving force and we are just starting", he added.

He also joined the All Progressives Congress - APC leadership in the local government to welcome decampees from the opposition Peoples Democratic Party, who said their convictions to dump the PDP is hinged on the development Baruten has witnessed in the last one year under this administration.

Speaking at the event, Commissioner for Energy, Dr. Lafiya Aliyu Kora Sabi enjoined party faithful to maintain peace and cohesion among party members, understanding that is the only way greater developments can be attracted to Baruten, noting political office and governance is a trust, which they will never betray.

Also speaking, APC State Deputy Chairman, Hon. Abdullahi Samari Abubakar, advised everyone to come together regardless of their political differences for the progress of Baruten. He added that the current administration is doing everything possible to develop the LG and needed maximum cooperation of all to achieve more.

The local government party Chairman, Mall. Adamu Abubakar (Setraco) pleaded for forgiveness from all aggrieved members. He added the Speaker and other political stakeholders from the LG are not far from home and will continue to listen and attend to their yearnings.

Reacting, the party local government vice Chairman, Mall. Usman Mafara, said there is no crisis in Baruten APC, "we have forgiven ourselves and now speak in one voice. Rt. Hon. Danladi has shown the right leadership that unifies us, we thought he would be a Gwanara Speaker, but he showed and proved overtime he is for all and we are ready to follow his lead and support him to succeed.